Davido’s PA, Israel DMW has fired back at the popular disk jockey Cuppy, after she threatened to sue him to court over defamation.

The drama started days ago when Israel called out Cuppy for allegedly refusing to give Zlatan a share of the money gotten from their hit song, Gelato.

Reacting to this, DJ Cuppy threatened to take Israel to court for defamation of character.

Israel in his response to the impending lawsuit, fired back at Cuppy, asking her if she has ever sent money to Zlatan her entire life.

“Have you ever in entire life giving money to Zlatan, any Kobo? Did he pay for his hotel bill, food at transcorp Hilton or not?”, Israel fired back at Cuppy. 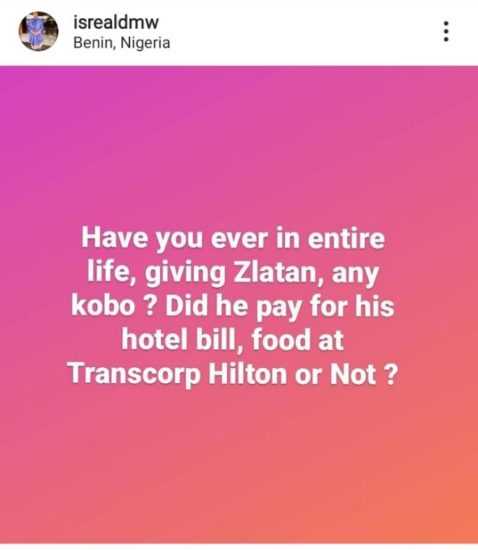 Singer Oritsefemi’s wife, Nabila calls out lady who came into her matrimonial home to sleep with her husband while she was at work