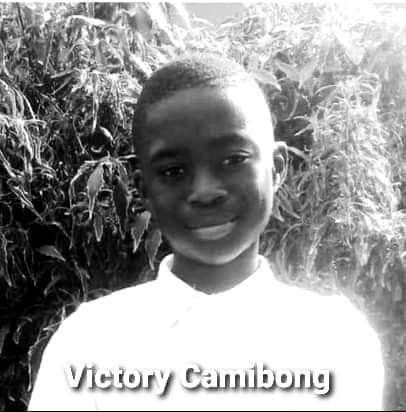 Armed attackers stormed a school in southwestern Cameroon on Saturday, October 24, and opened fire indiscriminately, killing at least six children and wounding about eight more. Some children were injured jumping from second-storey windows. 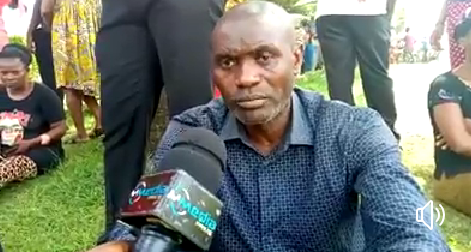 According to family member Armstrong Apopo, the late Victory’s mother had him after ten years of trying to conceive.

“It took her (my cousin) over 10 years of struggle to conceive a child! 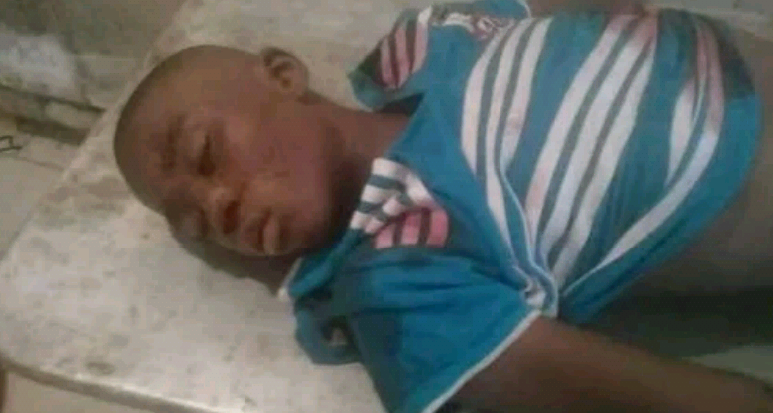 Labelled, barren and of all sorts of derogatory attributes but she kept trying until she received her blessing of a bouncing baby boy – VICTORY,” Apopo wrote.

“Now, 10 years later “YOU” come and take the life of her boy, her blessing, her reason to believe again, the child that earned her the title of a mother, who does that?
Who kills innocent school children? Who sits and watches people kill children???

“The boy was only 10 but he was a 20 years memory. He was his father’s pride to his family and a child with a bright future – and THEY SHOT HIM, THEY SHOT ALL THOSE INNOCENT KIDS for what???”

There are no immediate claim of responsibility for the attack, described by the UN as “the worst atrocity” since the resumption of the school year earlier this month.

However, local education official Ahhim Abanaw Obase, who confirmed six deaths of children aged between 11 and 14, blamed the attack on secessionists but did not offer evidence.

A prominent separatist leader, who asked not to be named, said his group was working on a statement that will “express our disgust” at the attack, without providing further details.

Anglophone secessionists have imposed curfews and closed schools as part of their protest against President Paul Biya’s French-speaking government and its perceived marginalisation of the English-speaking minority. 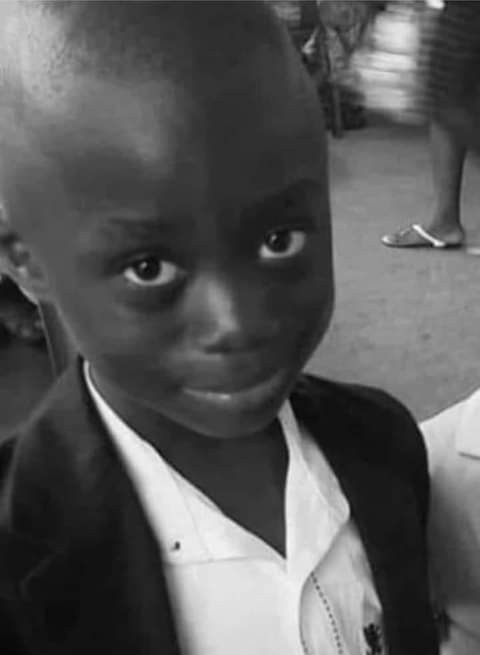 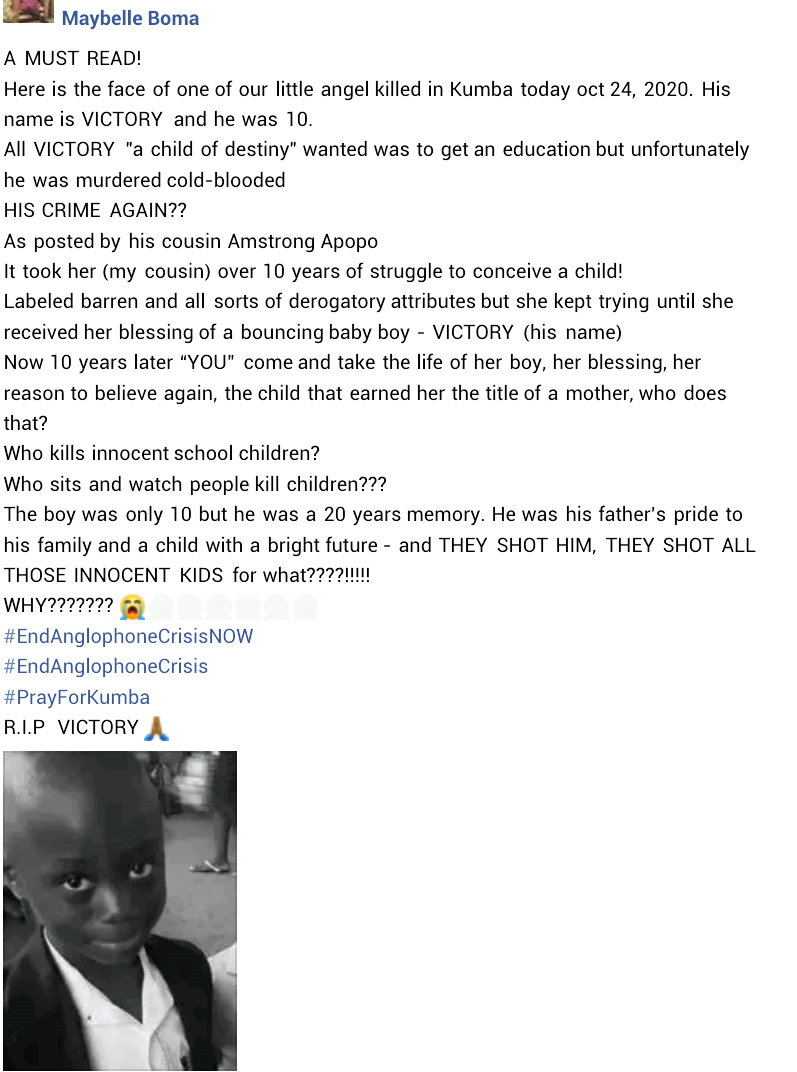 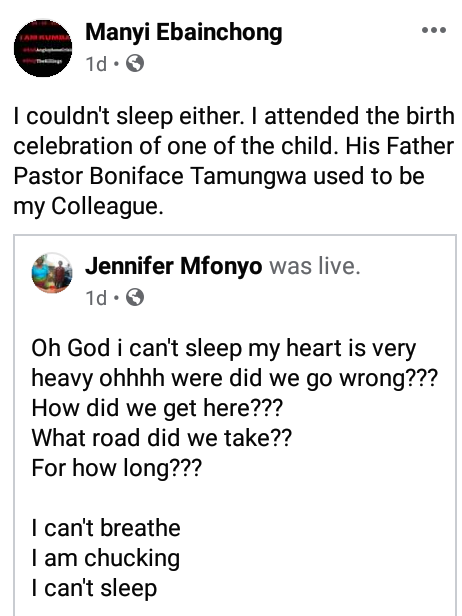