To mark their anniversary, Buckingham Palace released a photograph of a smiling monarch and her husband looking at a card made by her great-grandchildren Prince George, Princess Charlotte and Prince Louis, alongside other cards and letters from well-wishers.

The picture was taken at Windsor Castle, the queen’s home west of London where the couple are staying during the lockdown. 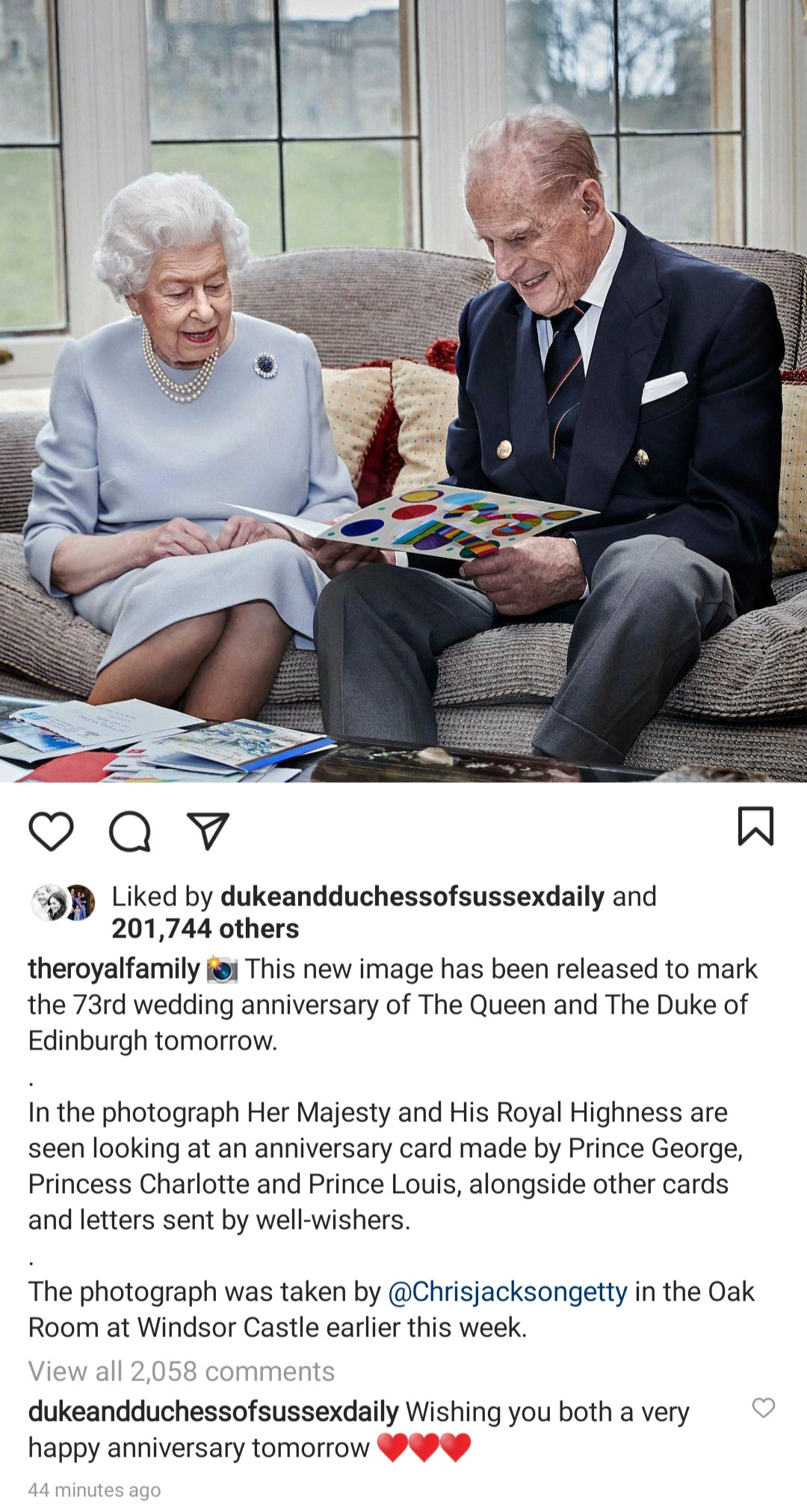 Hon. Alex Ozone shares lovable photos of his Daughter to celebrate her birthday🎉🎈