A woman has alleged that police mocked her family when they called for help during a robbery attack.

A Twitter user claimed her aunt and daughter were attacked by thieves today, October 15. The thieves reportedly “used a gun on” her aunt then used a knife to cut her aunt’s daughter.

When they called the police to intervene, she claims the police said, “Shebi, they are saying #EndSARSNow.”

She said the incident happened in Abia state and the police officers they called for help are the ones stationed at Umoba police station.

She added that robbery attacks have been going on since the lockdown started and the police had done nothing about it, except to ask for fuel money to patrol.

Read her tweets below. 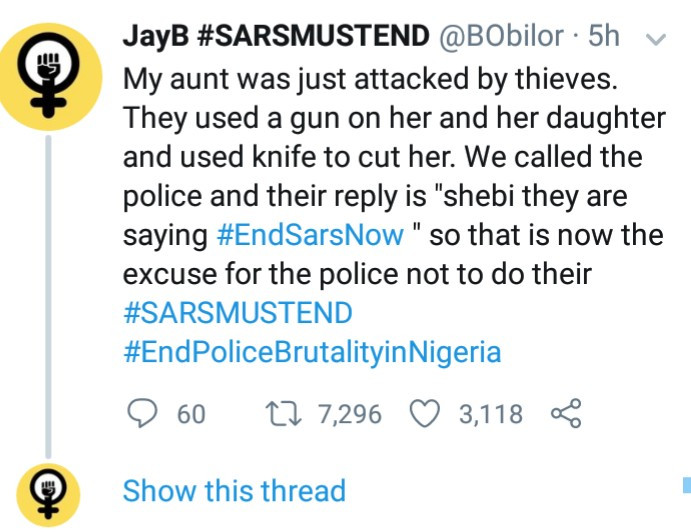 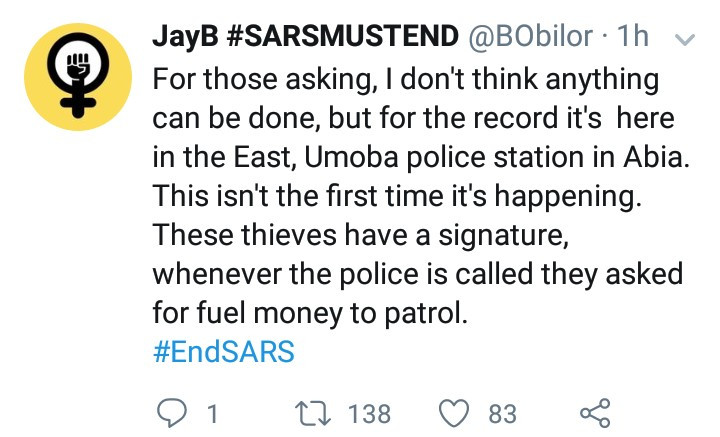 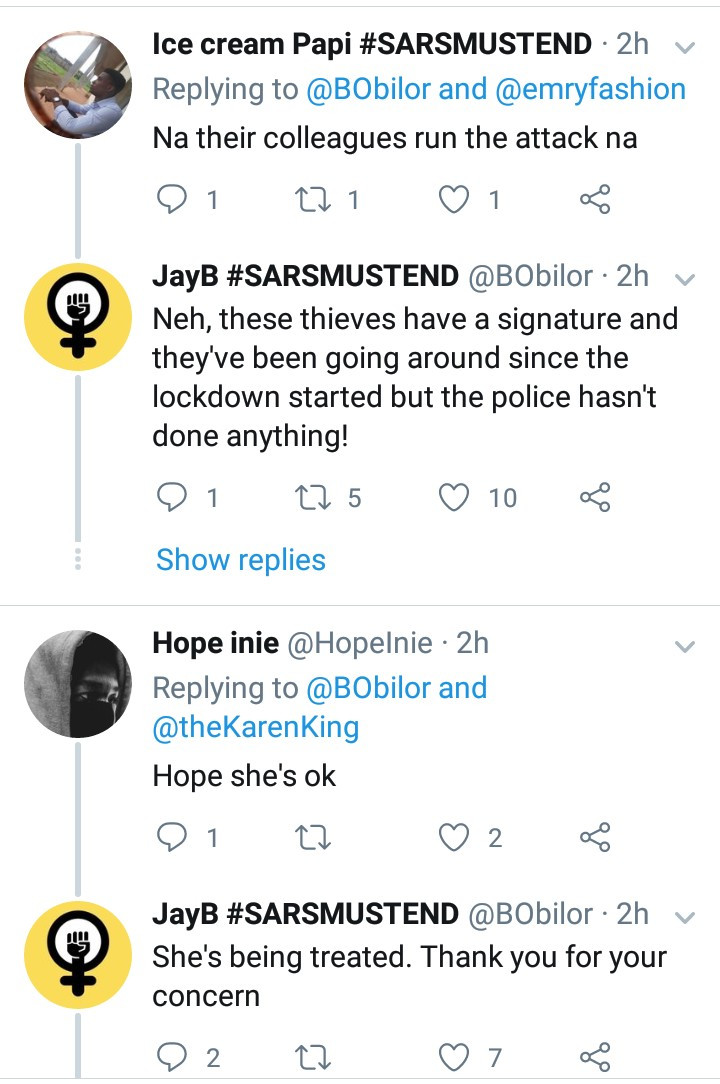 SERAP threatens to sue NBC for imposing “illegal fines of N9m” on Channels TV, AIT, and Arise TV over coverage of #EndSARS protests.

Ex-Man City youth player, Jeremy Wisten “commits suicide” at 17 after being released by the club

Watch the aftermath of the vandalised buildings in Surulere by people ...

“Officer of the law!” Nigerians scream as “Civil Defence officer” is...

Heartbreaking photo of father planting a kiss on his 11-year-old dead...

SONG OF THE WEEK:! Tune Khalifa – Tales Of The Mad Goat [Album]

Watch the aftermath of the vandalised buildings in Surulere by people ...