Fox News host Tucker Carlson on Wednesday night, November 11, alleged that voter fraud had occurred in the 2020 presidential election after Donald Trump made similar claims without providing strong evidence to back up the allegations.

Carlson, 51, showed his prime-time audience names and pictures of 25 deceased people he said had cast votes this year. The list also carried the year they died. 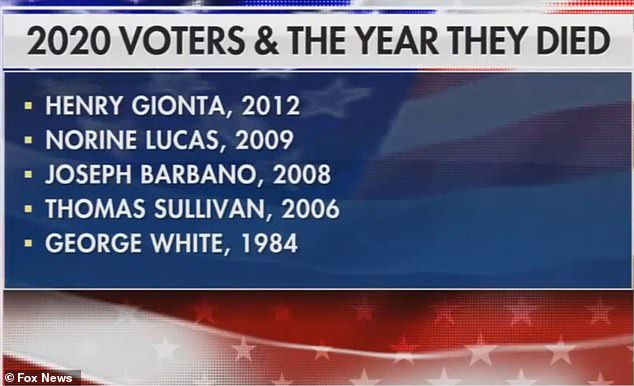 The list included residents of Nevada and Pennsylvania with at least four people in the state of Georgia where there are fewer than 15,000 ballots separating President Trump and Joe Biden. 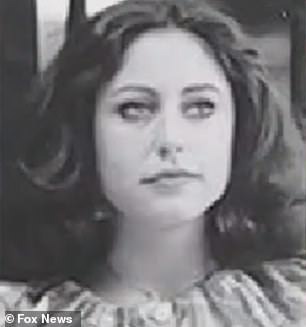 The TV host accused officials of encouraging mail-in ballot fraud to take place by sending out a ballot to all registered voters, despite knowing that 41,000 people hadn’t updated their records for a long time. 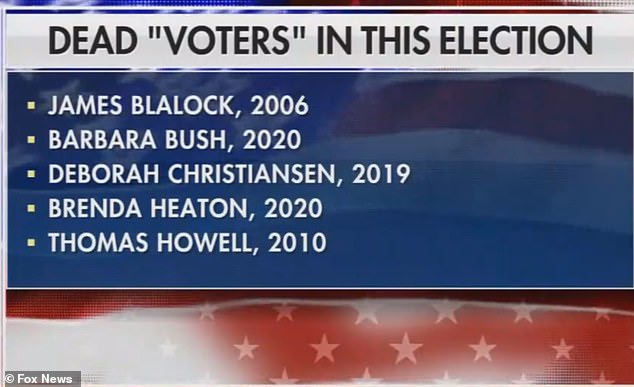 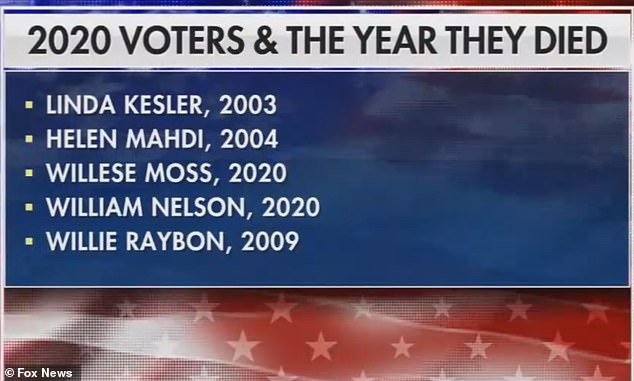 ‘It’s close enough that it’s worth getting specific about what happened there, and the Georgia secretary of state has now confirmed there will be a hand recount of all votes cast.

‘Among those votes, auditors will find a valid cast by woman called Deborah Jean Christiansen. It would be hard to find anyone who’s got a bad word to say about Deborah. She was well known in her community for years as a bird watcher, an avid gardener, a committed fan of the Georgia bulldogs,’ he continued. 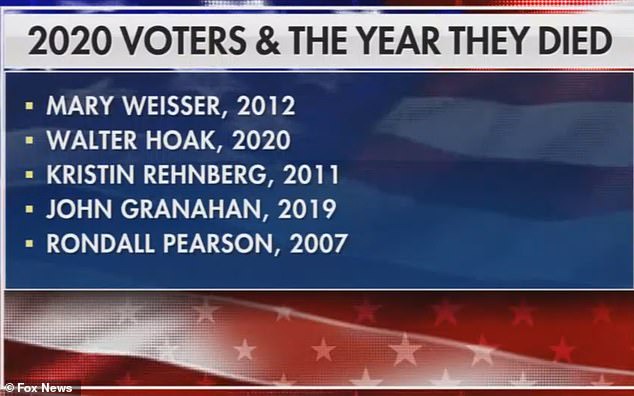 ‘Those who knew her were sad when she died last May and they might be surprised to learn that even after her death, Deborah Jean Christiansen still managed to register to vote and then cast a ballot, presumably for Joe Biden.

‘In some ways, it’s an inspiring story. The triumph of voting over death,’ Carlson joked, before alleging that Blalock, who passed away in 2006 after 33 years as a mailman, must simply have been showing a dedication to his job in mailing in a ballot after death.

‘In his case, may be voting from the grave wasn’t really fraud, it was just commitment,’ he quipped.

He admitted that the discoveries may not be enough to favour Trump in the election but claimed that ‘the point is they exist’.

‘They are dead, but they voted anyway. The question is how did they do that? How exactly did they cast their ballots?’ he asked. 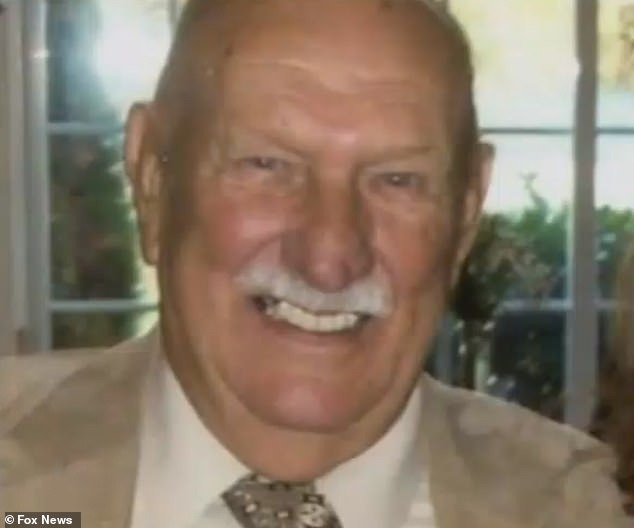 ‘And the short answer is, by mail. Dead people tend to vote more often when you make it easier for them to vote.

Carlson also referenced a 2012 report that claimed that there were close to two million dead people still on voter rolls and 24million incorrect voter registrations. 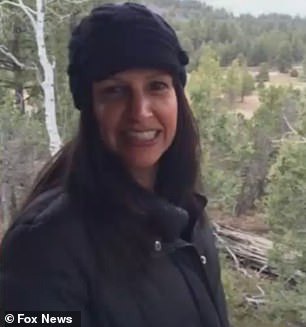 ‘So, what happens if you start sending ballots and registrations to lists like this? Well, you’re guaranteed to increase the amount of fraudulent voting, and that’s exactly what Democrats did. Republicans, we should add, let them do it,’ he argued. 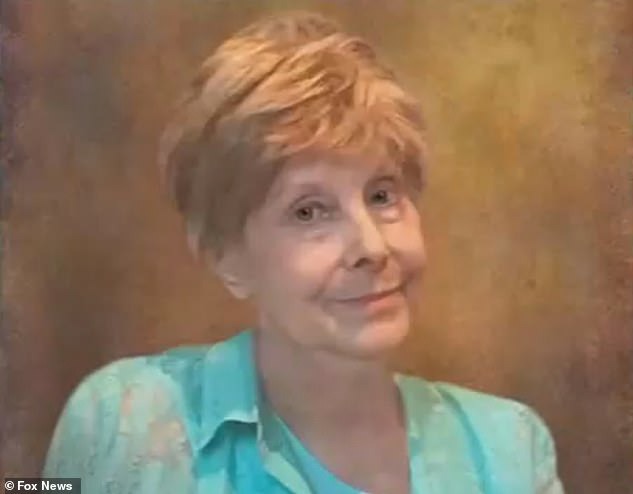 Philadelphia City Commissioner Al Schmidt, a Republican, dismissed the claims during an interview with CNN.

“I have seen the most fantastical things on social media, making completely ridiculous allegations that have no basis in fact at all and seen them spread,” Schmidt told CNN.